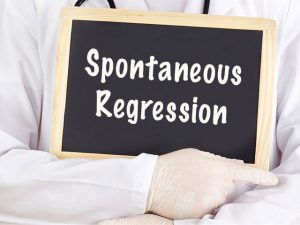 With all the news that loved ones are struggling with and even being taken by cancer, increasingly patients are making unexpected recoveries.  The question is:  Can these cases provide vital clues for tackling cancer?

Recently in the UK, the case of a 74-year-old woman baffled doctors.  Initially reporting a rash that wouldn’t go away, by the time she was admitted to hospital her leg was covered in eruptions of skin. Tests confirmed that it was carcinoma, a deadly form of skin cancer.

Her future looked very bleak, because given the spread of the tumors, no treatment would be effective in time.  Amputation was pretty much the best option, according to Alan Irvine, the patient’s doctor at St James’ Hospital, Dublin as reported by the BBC, 6 March 2015.  After long and candid discussions, the patient and the doctor decided to wait and do nothing.

Then of all things to occur, a “miracle” happened. Despite receiving no treatment whatsoever, the tumors shrank in ways that were visible to the human eye.  After 20 weeks, the patient was free of cancer.   And so somehow, this woman had healed herself of what is easily the most feared disease known today–cancer.

What this showed doctors was that it is possible for the body to clear cancer – even if that occurrence is incredibly rare.  But the question remains, how did she do this?

The woman reported that she kissed a religious relic in the hopes of being well, just before the healing set in. Scientists and doctors are instead looking at the biology of so-called “spontaneous regression” for clues that to make these cases of self-healing commonplace. “If you can train the body to do this on a broader scale, you could have something that’s very widely applicable,” said Dr. Irvine, the patient’s doctor.

That’s not as incredible as we may think.  Theoretically, the body’s immune system should seek out and eliminate mutated cancer cells before they develop into a disease.  But from time to time, cells manage to get away from the body’s natural defenses and then grow into full-blown tumors.

Then by the time undetected cancer has reached the attention of doctors, spontaneous recovery is unlikely, with just one in 100,000 cancer patients curing their disease without treatment.

Similarly incredible recoveries have now been reported for many different kinds of cancer, including extremely aggressive forms where if you leave the patient untreated, they usually die within weeks, if not days.  But scientists have recently identified 40+ cases in which acute myeloid leukemia spontaneously disappeared by itself.

So what’s the secret?   I think it’s moving from the head to the heart.  This isn’t to say that conventional treatment isn’t appropriate for cancer.  It’s my perspective that the woman who believed that she would be healed did wonders for her own health, and with that in mind, so can you.