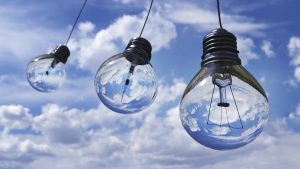 We’ve all heard the stories—a breakthrough is claimed by an unknown scientist or regular person that could completely change the way we do things in a field like medicine or physics, and then the person is discredited and their reputation is ruined. Yet there are real people who they helped, who remain willing to stand up and say, “this treatment changed my life” or even, “this treatment saved my life.”

What is going on when this happens? Well it could be that the person who made the claim didn’t in fact “cure” anyone, and their claims are fabricated. But there is also another explanation: change is scary, especially if you are an institution like western medicine or science which is very entrenched in doing things “they way they have always done them.” When that happens and a new idea or breakthrough is found, the institution may react forcefully against whatever is new—just like a person feels threatened by someone who might be younger, or prettier or smarter than they are. But that doesn’t mean the new, young upstart with the unconventional ideas is making things up. It may just mean that it will take time for old, entrenched institutions like medicine, or science, to adjust to a new way of doing things. 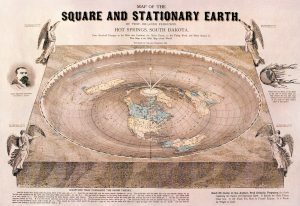 Remember when everyone thought the world was flat? In the Middle Ages, Sailors were said to be so terrified that they would fall off the edge of the earth that they would jump out of their boats rather than sail toward the horizon and risk falling off. As we all know, they wouldn’t have died! Why? Because the world isn’t flat. But at the time, the Church and the authorities all insisted that the world was the way they believed it to be, to the extent that they threatened the lives and even killed those who didn’t agree with them.

Episodes like the Church retaliating against those who didn’t believe that the world is flat have happened a lot in the area of science. And one area where it has especially happened is around the treatment of cancer. As we all know, the traditional approaches for cancer treatment are not only unpleasant, they can in some cases be so extreme as to acutely kill the patient while trying to cure them. In response to that, practitioners around the world are tirelessly seeking treatments that don’t kill the patient in the process of trying to cure them. But to do that, they have to go outside the mainstream and rattle a few cages. 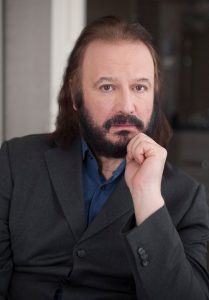 One example of this in the area of cancer treatment is the controversy surrounding Dr. Sam Chachoua. Dr. Chachoua is an Australian Medical Doctor whose qualifications are in Australia, Mexico, China, and India. He has been practicing over 30 years. The research Dr. Chachoua has been working on surrounds the idea that a vaccine exists as an effective therapy against cancer and other diseases with almost no side effects.

These vaccines were created and tested by him over thirty years and have received registration in several countries around the world. According to Dr. Chachoua, they were used to eradicate HIV and other diseases from the nation of Comoros. Comoros is a country off Africa’s east coast, in the Indian Ocean. Dr. Chachoua maintains that to this day, this remains the only nation to have zero incidence of death from AIDS. Nearly 800,000 people have been treated in that country alone with no recording of any serious side effects. And many of these vaccines have been extensively studied. Unfortunately for Dr. Chachoua and others like him, the established medical community doesn’t currently accept this as fact, and his reputation has been drawn into question quite seriously.

But think back for a moment to the Middle Ages, when the sailors feared falling off the edge of the world. Maybe one day having a vaccine against cancer will be as readily accepted as our current knowledge that the world is, indeed, round.