Is cancer treatment too profitable to ever be cured? 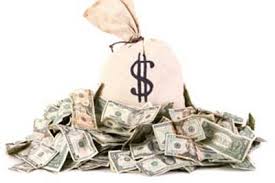 This is a question that troubles many people I know, me included. To try to find an answer, I’ve interacted with many cancer researchers since my wife Margot’s death. What I’ve learned is that finding a cancer cure remains a difficult area for researchers. And there are many intelligent, eager researchers who are trying to solve what we now know is a complicated puzzle we call “cancer”. For example, Dr. Ray Schilling author of “Healing Gone Wrong-Healing Done Right” published in 2016 points out these questions in his recent blog on Quora:

Why are cancer cells sneaking through the immune barrier? What cells are involved in mounting an anticancer immune response? How do cancer cell clones develop? He points out that with leukemia there is the detection of cancer stem cells. And researchers have also detected bone marrow stem cells in normal people (Till & McCulloch). With stem cells now known to have dual properties: self-renewal and differentiation, what is their role in cancer?

This last question points to the reason why more advances are not made in cancer research, given the vast amount of research dollars and effort going into cancer cures. It points to the problem of researchers making assumptions without considering that they might have a prejudice which was preventing new discoveries. In the case of cancer stem cells, researchers now know they were working with the wrong concept with respect to cancer stem cells.

As it turns out, there are now known to be stem cells that are found within cancers such as tumors that have characteristics just like normal stem cells. In particular, they have the ability to give rise to all cell types found in a particular cancer. Cancer stem cells are believed to exist in tumors be responsible for relapses and instances of the cancer metastasizing somewhere else in the body, resulting in new tumors.

But without looking for cancer stem cells because they were not believed to exist, researchers take into account that they could exist. As a result, the development of specific therapies targeted at cancer stem cells wasn’t pursued until recently. These therapies are now giving hope to researchers for improvements in the survival rates and quality of life of cancer patients, especially for patients with metastasized cancers.

And so what is the answer to the question, is cancer too profitable to be cured? No, it is not too profitable. Many researchers believe that cancer will be cured in the not too distant future. In fact some cancers can be cured now. With that said, there are so many variables that exist in the determination and treatment of cancer. And unfortunately prejudices and wrong assumptions on the part of researchers still exist. After all, they are human beings and humans make mistakes. The real key is to continue researching how cancer cells are able to survive. If we can go figure out the mechanisms that allow cancer cells to survive and disable it, then all forms of cancer can be successfully treated, whether cancer treatment is profitable or not.